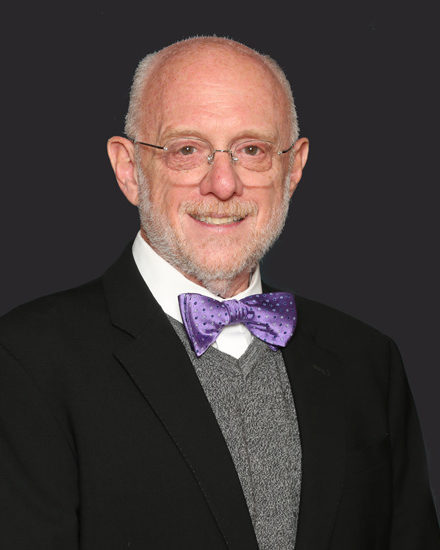 Practice focuses on complex tort litigation, including catastrophic personal injury and wrongful death claims arising out of automobile, product liability, construction and/or aviation accidents, professional malpractice, or due to injury from exposure to asbestos, pharmaceuticals, medical devices and other toxic substances.

Represented a homeless, uninsured paraplegic man who was the victim of patient-dumping by a local hospital and van transport company (who dropped him off and left him unattended in the gutter of a street in “Skid Row”). The case resulted in a negotiated settlement in excess of $500,000.00 and, of equal importance, contributed to the hospital’s adoption of a new, more detailed Homeless Patient Discharge Protocol and in-service training for health care providers as well as the van company’s adoption of a revised Homeless Patient Pick-Up and Discharge Protocol.

Represented four band members and five crew members of a rock and roll band injured in a tour bus v. tractor-trailer accident in Spain. The case involved significant issues of lost earning opportunities and resulted in negotiated global settlements in excess of $8,700,000.00.

Lead counsel representing plaintiffs in a nationwide class action against Honda Motor Co., Ltd. involving design defects in the front balancer shaft oil seal in F-22 engines which were in an estimated 3 million Honda Accord and Prelude vehicles manufactured between 1990-1997.

Represented a catastrophically injured plaintiff and was a member of the Plaintiffs’ Steering Committee for the joint prosecution of all personal injury and wrongful death claims arising as a result of an out-of-control motor vehicle’s intrusion into the Santa Monica Farmers’ Market on July 16, 2003 which resulted in 10 deaths and over 65 injured pedestrians. This litigation involved over 40 consolidated lawsuits on behalf of 70+ named plaintiffs with claims against 5 defendants and resulted in global settlements totaling $26,500,000.00

Lead counsel representing the families of 44 victims killed as a result of the mid-air break-up and crash of China Airlines Flight C1 611 over the Straits of Taiwan on May 25, 2002. Over 125 cases were filed and consolidated in the United States District Court in Los Angeles and, ultimately, settled.

Co-tried what is believed to be the first Shiley Heart Valve personal injury/product liability case to verdict in 1980 before the Hon. Harry Pregerson in the United States District Court for the Central District of California.

Litigated, settled or tried hundreds of asbestos personal injury lawsuits arising out of the job-related exposures of individuals to asbestos-containing materials in various occupations such as shipyard, welding, construction, refinery and neon sign manufacturing.  Litigated and settled hundreds of silicone-gel personal injury lawsuits arising out of implanted silicone and silicone-gel devices including, but not limited to, silicone gel breast implants.

Member of the Plaintiffs’ Steering Committee for the I-5 Dust Storm Litigation involving 99 plaintiffs and 143 defendants that arose out of a series of multi-vehicle accidents involving over 100 cars and trucks occurring during a severe dust storm outside of Fresno, California in November 1991. These cases resulted in global settlements in excess of $17,000,000

Represented the lead singer of a rock and roll band who sustained serious personal injuries in an auto v. motorcycle accident. This case involved a significant issue of lost earning opportunities and settled for a confidential amount.

Co-lead plaintiffs’ counsel in a false arrest, false imprisonment and violation of civil rights lawsuit against the Los Angeles County Sheriff’s Department which resulted in a verdict in excess of $13,000,000 (plus Statutory attorneys’ fees in excess of $3,000,000) after three trials and four appeals over the course of 13 years.

Represented a singer/songwriter in an auto vs. pedestrian accident. This case involved significant issues of the loss of past and future writing, producing, performance and mechanical royalties in the music industry and resulting in a negotiated $1,350,000 settlement.

Represented a plaintiff in a wrongful death lawsuit brought against a sporting goods store for the negligent sale of a pump-action riot shotgun to a mentally incompetent adult which she then used to commit a murder approximately 20 minutes after its purchase. The case resulted in a settlement of $1,100,000 one week prior to the scheduled trial date. The facts of this case and the publicity surrounding this settlement, along with Mr. Archer’s subsequent testimony before the U.S. House of Representatives Congressional Oversight Subcommittee contributed to the subsequent passage of certain amendments to the Federal Brady Bill and to California gun control legislation which extended the required 10-day waiting period for the purchase of handguns to rifles, shotguns and other “long” weapons.

Lead plaintiffs’ counsel in the Seacliff Oil Field Litigation resulting from the death of three workers and permanent injuries to three other workers as the result of a gas leak that occurred during the downhole perforation of the casing pipe at the C 10-A well in Seacliff, California. The trial of this action lasted five months and resulted in plaintiffs’ verdicts in excess of $7,400,000.

Obtained a $7,400,000 judgment in the United States District Court on behalf of four persons injured in a plane crash in the jungles of Costa Rica.

Represented a 7-year old boy in a claim for personal injuries, property damage, and loss of earning capacity as the result of brain damage suffered as a result of in utero exposure to pesticides that had been applied in the family home for termite treatment.

The Los Angeles Conservancy is a volunteer organization dedicated to the recognition and preservation of the architectural history of Los Angeles.