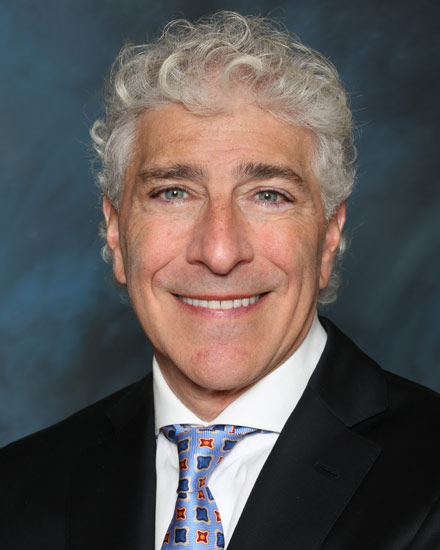 Paul Kiesel received his Juris Doctorate from the Whittier College School of Law in Los Angeles in 1985. In 2005, he was awarded an Honorary Doctorate of Law from Whittier Law School. His practice is devoted to representing consumers in personal injury, class action, environmental, and toxic tort litigation.

Paul Kiesel is very active in the legal community. He was the president of the Los Angeles County Bar Association for 2015-2016 and was the past Chair of the Litigation Section. He was appointed by former Chief Justice Ronald George to the State of California Judicial Council Civil and Small Claims Advisory Committee. He served on the Board of Governors for the Consumer Attorneys of California and the Consumer Attorneys Association of Los Angeles for over 25 years. In recognition of his service, Mr. Kiesel was elected an emeritus (lifetime) board member of both organizations. From 2001-2005, Mr. Kiesel sat on the Board of Governors of the Association of Business Trial Lawyers. Mr. Kiesel was the Co-Chair of the Open Courts Coalition, a bipartisan committee of attorneys from throughout California advocating full-funding of the civil justice system. Members of the Open Courts Coalition include the Honorable Carlos Moreno, former Governors Gray Davis and George Deukmejian, Los Angeles Mayor Antonio Villaragosa, and former California Attorney General John VanDekamp.  Recently, Mr. Kiesel was named a Senior Fellow of the Litigation Counsel of America, a trial lawyer honorary society composed of less than one-half of one percent of American lawyers, dedicated to promoting superior advocacy, professionalism and ethical standards in the legal profession.

Mr. Kiesel has extensive experience in complex litigation, including environmental, construction defect, product defect, and pharmaceutical actions. Mr. Kiesel served as national Lead Counsel in the federal Multi-District Litigation against Glaxo Smith Kline for injuries caused by its pharmaceutical drug, Avandia. There were over 20,000 personal injury cases, a half-dozen consumer class cases, and several state actions pending in the Avandia MDL. Mr. Kiesel served as Liaison Counsel in the litigation arising out of the 2008 Chatsworth Metrolink crash that killed 24 individuals and injured over 100 people. As Liaison Counsel, Mr. Kiesel coordinated the successful resolution of the cases for $200 million, the maximum recovery allowed by law. Mr. Kiesel was Liaison Counsel for the Porter Ranch Environmental claims affecting over 38,000 individuals. The matter resolved in 2022 for $1.8 billion. Mr. Kiesel is also Co-Lead Plaintiffs’ Counsel of the JUUL Labs Product Cases.

Currently, Paul Kiesel represents many individuals and their families in significant personal injury and wrongful death cases. Among his many clients, Mr. Kiesel represented former Governor Gray Davis in a challenge to the qualification of the 2003 recall election.

Mr. Kiesel is also a frequent presenter for continuing legal education programs. As an early-adopter of technology in the practice of law, Mr. Kiesel has frequently written and spoken on technology-related subjects. In addition, he co-authored two legal treatises for Lexis Nexis, “California Pretrial Civil Procedure” and “California Civil Discovery.”

In re Hilton Hotels Corporation Shareholder Litigation, L.A.S.C. Case No. BC373765

In Re Northridge Earthquake Litigation

In Re Packard Bell Consumer Certified Class Action Litigation, L.A.S.C. Case No. BC 125671

In re The Securitas Security Services, JCCP 4460

In Re Unocal Refinery Litigation Case No. C94-0414

In Re Vioxx Cases, California JCCP 4247

American Board of Trial Advocates (ABOTA)

Judicial Council of the State of California