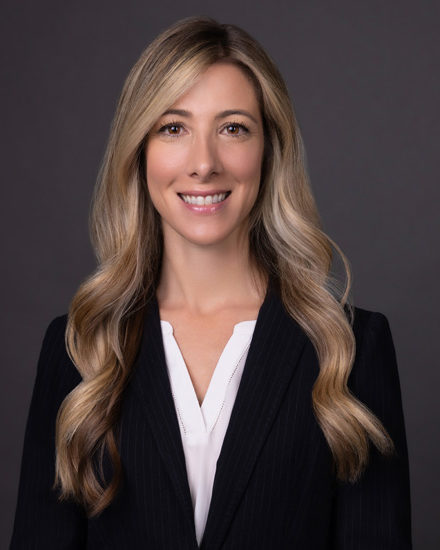 Prior to joining Kiesel Law, Ms. Ramirez represented clients, including insurers, corporations, and individuals, in the area of general liability at a national law firm. She also practiced in the area of consumer finance litigation, where she handled a variety of consumer finance matters, including actions brought under the Fair Debt Collection Practices Act and Fair Credit Reporting Act.

While in law school, Ms. Ramirez was an editor on the Loyola of Los Angeles Law Review, externed for the Honorable Valerie Baker Fairbank of the U.S. District Court, Central District, and clerked for the Los Angeles County District Attorneys’ Office, Major Crimes Division.

Ms. Ramirez earned her B.A. in both Psychology and Spanish from Pepperdine University and her J.D. from Loyola Law School.

Ms. Ramirez serves on the Class Action Preservation Project Committee for the Public Justice Foundation. She also served on the Board of Governors for the Women Lawyers Association of Los Angeles, and served as a volunteer for Court Appointed Special Advocates (“CASA”), where she advocated for foster youth in the judicial system.

“Race in the Courtroom: A Look at How Race and Racial Justice Are Influencing Litigation Across the Legal Spectrum,” Annual Litigator’s Forum, Women Lawyers Association of Los Angeles, Los Angeles, CA (2021)